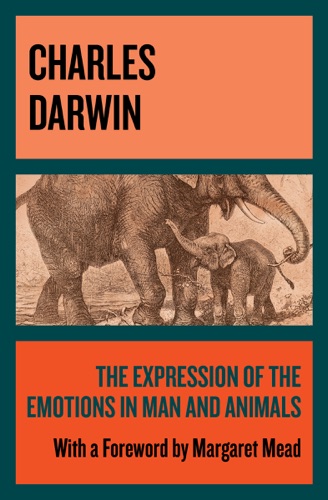 With a foreword by Margaret Mead: Darwin examines genetically determined behavior, combining the science of evolution with insights into human psychology.

Published in 1872, thirteen years after On the Origin of Species, The Expression of the Emotions in Man and Animals is devoted to documenting what Darwin believes is the genetically determined aspects of behavior. Together with The Descent of Man (1871), it sketches out Darwin’s main thesis of human origins. Here he traces the animal origins of human characteristics such as pursing of the lips in concentration, tightening of the muscles around the eyes in anger and efforts of memory. Darwin’s thesis is that if the outward signs of behavior and emotions are shown to be universal in man and similar to animals then they must be due to inherited evolutionary adaptation, not culturally acquired characteristics. Several British psychiatrists, in particular James Crichton-Browne, were consultants for the book, which forms Darwin’s main contribution to psychology. Darwin’s collection of detailed observations along with his acute observational abilities and pictures (a landmark in the history of illustrations within the body of the text) corroborate his thesis and form the basis of the book. The foreword by Margaret Mead is of great interest in and of itself. Her foreword, illustrated with pictures provided by her, is designed to subvert Darwin’s chief idea. Paul Ekman, a later editor of this same work, “wonder[s] how Darwin would have felt had he known that his book was introduced by a cultural relativist who had included in his book pictures of those most opposed to his theory.”