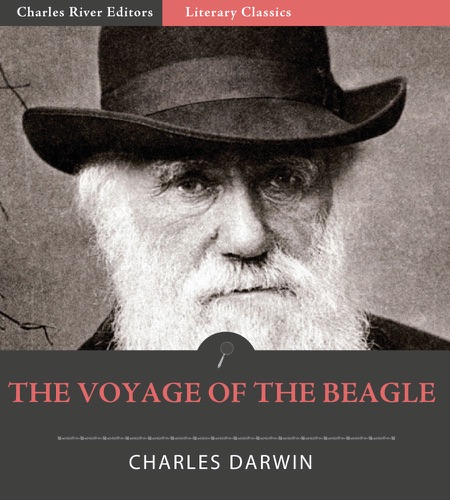 Charles Robert Darwin (12 February 1809 – 19 April 1882) was an English naturalist. He established that all species of life have descended over time from a common ancestry, and proposed the scientific theory that this branching pattern of evolution resulted from a process that he called natural selection.He published his theory with compelling evidence for evolution in his 1859 book On the Origin of Species, overcoming scientific rejection of earlier concepts of transmutation of species.
The Voyage of the Beagle is a title commonly given to the book written by Charles Darwin and published in 1839 as his Journal and Remarks, bringing him considerable fame and respect. The title refers to the second survey expedition of the ship HMS Beagle, which set sail from Plymouth Sound on 27 December 1831.
While the expedition was originally planned to last two years, it lasted almost five—the Beagle did not return until 2 October 1836. Darwin spent most of this time exploring on land (three years and three months on land; 18 months at sea).  The Voyage of the Beagle contains a vivid description of the creatures, geology, and geography he encountered.
This edition of The Voyage of the Beagle is specially formatted for e-readers, includes the original illustrations and a Table of Contents.