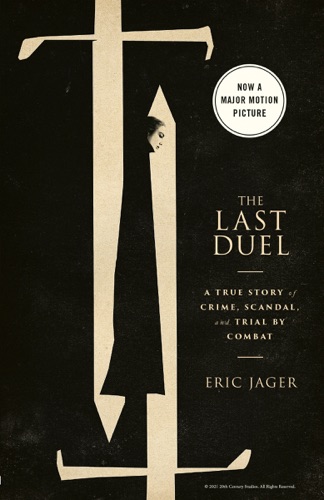 NEW YORK TIMES BESTSELLER • NOW A MAJOR MOTION PICTURE • “A taut page-turner with all the hallmarks of a good historical thriller.”—Orlando Sentinel

In the midst of the devastating Hundred Years’ War between France and England, Jean de Carrouges, a Norman knight fresh from combat in Scotland, returns home to yet another deadly threat. His wife, Marguerite, has accused squire Jacques Le Gris of rape. A deadlocked court decrees a trial by combat between the two men that will also leave Marguerite’s fate in the balance. For if her husband loses the duel, she will be put to death as a false accuser.

While enemy troops pillage the land, and rebellion and plague threaten the lives of all, Carrouges and Le Gris meet in full armor on a walled field in Paris. What follows is the final duel ever authorized by the Parlement of Paris, a fierce fight with lance, sword, and dagger before a massive crowd that includes the teenage King Charles VI, during which both combatants are wounded—but only one fatally.

Based on extensive research in Normandy and Paris, The Last Duel brings to life a colorful, turbulent age and three unforgettable characters caught in a fatal triangle of crime, scandal, and revenge. The Last Duel is at once a moving human drama, a captivating true crime story, and an engrossing work of historical intrigue with themes that echo powerfully centuries later.