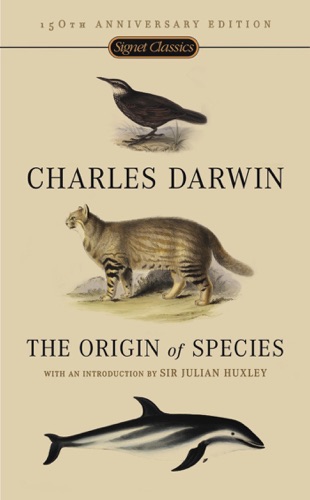 Charles Darwin’s classic that exploded into public controversy, revolutionized the course of science, and continues to transform our views of the world.

Few other books have created such a lasting storm of controversy as The Origin of Species. Darwin’s theory that species derive from other species by a gradual evolutionary process and that the average level of each species is heightened by the “survival of the fittest” stirred up popular debate to fever pitch. Its acceptance revolutionized the course of science.

As Sir Julian Huxley, the noted biologist, points out in his illuminating introduction, the importance of Darwin’s contribution to modern scientific knowledge is almost impossible to evaluate: “a truly great book, one which can still be read with profit by professional biologist.”