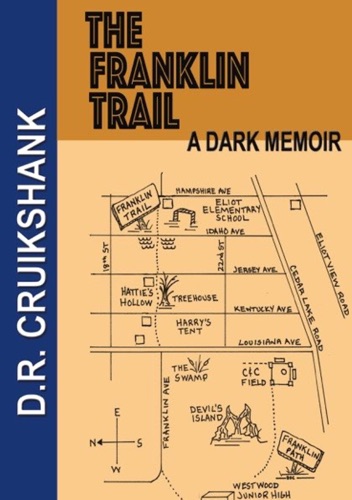 “I was a role model for shit-birds everywhere.” Thus begins my story, a tale of a young boy—a loner—hated by thugs, feared by foes, respected by peers. I walked the wild side, searching for answers without knowing the questions. Along the way I met a fellow traveler by the name of Mary Jo. This would become our story, a tale of two drifters—both loners. Mary Jo lost her parents at a young age. We both learned life’s lessons the hard way. As a kid, I walked a dirt path, armed with a sword in my front pocket, and a potion in the back; a magic elixir that opened many doors to the dark side. Mary Jo also discovered magic in another form. Eventually our choices took us to the very gates of Hell—where we met each other. We could have lived the lives of Riley, had we chosen to take Easy Street. Instead, we chose to walk The Franklin Trail—a name I gave to the nightmarish path of alcoholism. A trail we thought we would have to walk by ourselves—we now know that we were never alone. This is our story, told to the best of our recollections; with the help of my vivid imagination and forty-plus years of sobriety.