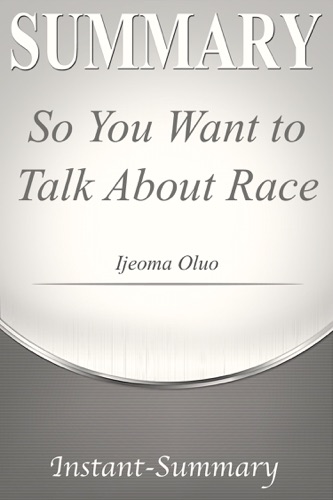 So You Want to Talk About Race: A Comprehensive Summary

Racism is a form of discrimination directed against someone who belongs to a different race. A racist believes that his or her race is superior. The black race has suffered major racism since time immemorial. The average black person faces racism on the bus, in restaurants, workplaces, and even at worship centers. Colored skin people have also been robbed of certain rights and privileges that whites enjoy. The current protests against racism in America are a peek into what has become inherent in white supremacist countries. There are many examples of prejudice that black people face in a white-dominant land. Despite the fact that some organizations say that they are against racism, it is nearly impossible to see blacks make 10% of their top management.
In the book So You Want to Talk About Race, Ijeoma Oluo described how her race has always been an integral part of her life. She highlighted that female blacks suffer more prejudice. She could not break free from the fact that she is a black who lives in a white man's land as a child growing up. As a working-class woman, she described how people could not separate the kind of music she listened to, how she dressed and styled her hair from her black skin. She pointed out how she had to work 50 times harder than her white counterparts, that is, those at her workplace.
She also had to dress as if she was attending job interviews daily, and she laughed at racist jokes and snide comments despite feeling attacked by the jokes. She convinced herself that all would be well, but instead, the status quo remained the same. The average black basically gets by in life instead of living it to the fullest. As she began to climb the ladder of success, she started to question the norm; for example, why she had to be promoted without pay, and she could no longer keep quiet during meetings. A significant tool that made her voice heard is the internet.
She changed her food blog to a blog that writes about prejudices against the black race. It did not help that her white friends were indifferent in supporting how she felt. They would talk about any subject, but they conveniently left out conversations about racism. They thought it was not their place to do so.
As time went on, her white friends left her, but she gained new ones, mostly blacks. Anonymous people reached out to her online; they wanted answers to their racist-based questions. Some wanted to know how they could confront their in-laws about the racist jokes they throw at them. The only offense committed is that they have colored skin. This book points out that discussions on racism need not be avoided. It seeks to create a narrative that it is high time people looked it in the eye and face it head-on instead of running away from it.

Here is a Preview of what you will get:
- A Detailed Summary of the book
- An Analysis of the book to help you better understand it.
- A quiz and answer

Grab a copy of this book now!