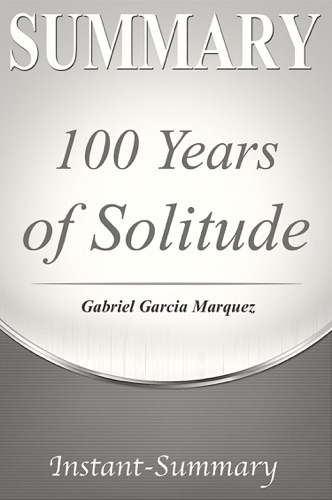 One Hundred Years of Solitude was first published in Buenos Aires, Argentina in 1967. In 1970, it was translated into English and sold in the United States, where it became an international bestseller. It has sold over 20 million copies since its publication and is widely regarded as its Nobel Prize-winning author’s literary masterpiece. In a little over four hundred pages, it tells the one-hundred-year story of the Buendía family and a city called Macondo, with the two inextricably linked together
The story begins with José Arcadio Buendía and his wife Úrsula Iguarán gathering their friends and their families prior to moving out into the wilderness, intent on settling a new home far away from a dark past. José Arcadio Buendía and his followers travel for more than two years before stopping. Then, while camping beside a clear stream, Buendía has a dream about a city made of mirrors its citizens call Macondo. Believing it is his destiny to build this city, José Arcadio Buendía convinces his followers to found their settlement there on the stream, naming the small village Macondo.
Macondo is isolated from the rest of the world for a time, until a band of gypsies led by a mysterious alchemist named Melquíades happens upon it one day, and then begin visiting it annually.  Buendía becomes obsessed with the miraculous inventions the gypsies show him – first a pair of magnets, then a magnifying glass, some astronomical equipment, and finally an alchemy lab – to the point where he neglects Ùrsula his wife and the children he’s had with her: Aureliano Buendía, José Arcadio Buendía II, and Amaranta. When José Arcadio Buendía II runs away with the gypsies one night, after impregnating a local fortuneteller named Pilar Ternara, Úrsula chases after him. While she does not find her son, she does manage to find other towns in the vicinity. Through this discovery, settlers also come to know of Macondo, which experiences a population boom as droves of people come to live there on account of its good location and its fertile soil.
José Arcadio Buendía’s eldest son, Aureliano Buendía, also impregnates Pilar Ternara while trying to forget his obsession over a girl named Remedios. After this intimate visit with Pilar Ternara, Aureliano marries Remedios. Unfortunately, she dies of blood poisoning shortly afterward while pregnant with twins. Aureliano then becomes involved in a civil war against the country’s Conservative regime, where he comes to be known as Colonel Aureliano Buendía. Another girl named Rebeca is adopted by the Buendía family early on in the story, and in their adolescence Amaranta and Rebeca become rivals for the love of an Italian foreigner named Pietro Crispi.
Here is a Preview of What You Will Get:

A Full Book Summary An Analysis Fun quizzes Quiz Answers Etc
Get a copy of this summary and learn about the ebook.