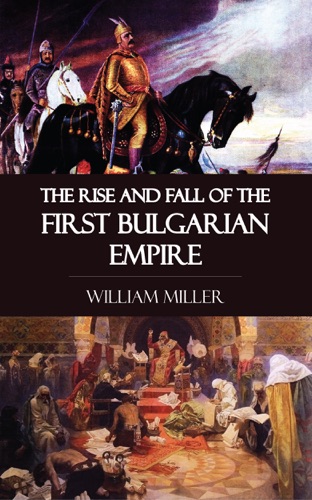 LIKE the Serbs, but unlike the Albanians, the Bulgarians are not autochthonous inhabitants of the Balkan country to which they have given their name. It was not till 679 that this Finnish or Tartar race, after numerous previous incursions into the Balkan provinces of the Byzantine Empire, definitely abandoned the triangle formed by the Black Sea, the Dnieper, and the Danube (the modern Bessarabia), and settled between the Danube and the Balkans (the ancient Moesia). Thus, the first Bulgarian state practically coincided with the Bulgarian principality created 1200 years later by the Treaty of Berlin. The Finnish or Tartar invaders found this country already peopled with Slays, immigrants like themselves but of different customs and language. As time went on, the conquered, as so often happens, absorbed the conquerors; the Bulgarians adopted the Slav speech of the vanquished; the country received the name of the invaders, and became known to all time as "Bulgaria." Still, after the lapse of more than twelve centuries, the "Bulgarians," as this amalgam of races came to be called, possess qualities differing from those of their purely Slav neighbours, and during the recent European war Bulgarian political writers reminded the world that the Bulgarian people was not of Slavonic origin.

The Patriarch Nicephorus has left the earliest account of this Bulgarian invasion and settlement. He tells how the Bulgarians originally lived on the shores of the Sea of Azov and on the banks of the river Kuban; how their chief, Kovrat (identified with the "Kurt" of the earliest list of Bulgarian rulers), left five sons, the third of whom, Asparuch (or Isparich), migrated to Bessarabia. There he and his Bulgarians might have remained, had not the Emperor Constantine IV Pogonatus undertaken an expedition for the purpose of punishing them for their raids into the borderlands of his dominions. The strength of the Bulgarian position in a difficult country and an attack of gout obliged the Emperor to retire to Mesembria. A panic seized the troops left behind to continue the siege; the Bulgarians pursued them across the Danube as far as Varna. Neither Greeks nor Slays offered resistance; the Emperor had to make peace and pay a tribute, in order to save Thrace from invasion...