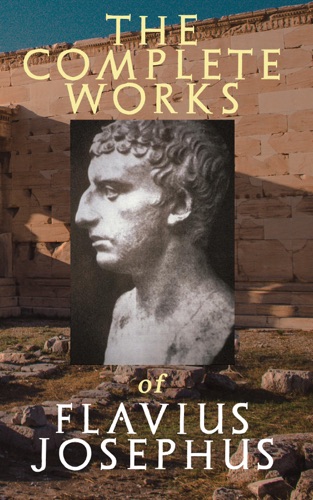 This meticulously edited collection has been formatted for your eReader with a functional and detailed table of contents:
The War of the Jews
The Antiquities of the Jews
Against Apion
Discourse to the Greeks concerning Hades
The Life of Flavius Josephus: Autobiography

Titus Flavius Josephus was a first-century Romano-Jewish scholar, historian and hagiographer, who was born in Jerusalem—then part of Roman Judea—to a father of priestly descent and a mother who claimed royal ancestry. He initially fought against the Romans during the First Jewish–Roman War as head of Jewish forces in Galilee, until surrendering in 67 CE to Roman forces led by Vespasian after the six-week siege of Jotapata. After Vespasian became Emperor in 69 CE, he granted Josephus his freedom, at which time Josephus assumed the emperor's family name of Flavius. He fully defected to the Roman side and was granted Roman citizenship. Josephus recorded Jewish history, with special emphasis on the first century CE and the First Jewish–Roman War, including the Siege of Masada. His most important works were The Jewish War (c. 75) and Antiquities of the Jews (c. 94).