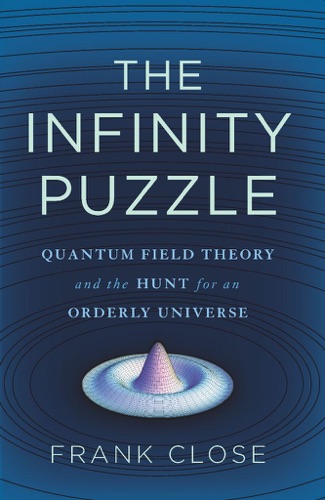 Speculation is rife that by 2012 the elusive Higgs boson will be found at the Large Hadron Collider. If found, the Higgs boson would help explain why everything has mass. But there's more at stake -- what we're really testing is our capacity to make the universe reasonable.

Our best understanding of physics is predicated on something known as quantum field theory. Unfortunately, in its raw form, it doesn't't make sense -- its outputs are physically impossible infinite percentages when they should be something simpler, like the number 1. The kind of physics that the Higgs boson represents seeks to "renormalize" field theory, forcing equations to provide answers that match what we see in the real world.

The Infinity Puzzle is the story of a wild idea on the road to acceptance. Only Close can tell it.