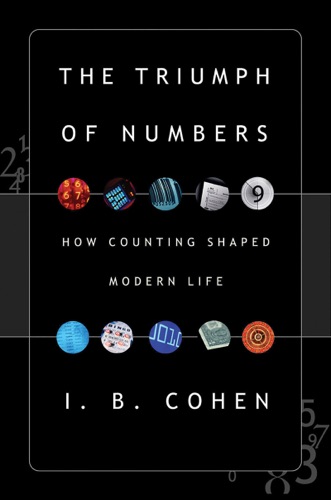 From the pyramids to mortality tables, Galileo to Florence Nightingale, a vibrant history of numbers and the birth of statistics.
The great historian of science I. B. Cohen explores how numbers have come to assume a leading role in science, in the operations and structure of government, in marketing, and in many other aspects of daily life. Consulting and collecting numbers has been a feature of human affairs since antiquity—taxes, head counts for military service—but not until the Scientific Revolution in the twelfth century did social numbers such as births, deaths, and marriages begin to be analyzed. Cohen shines a new light on familiar figures such as Thomas Jefferson, Benjamin Franklin, and Charles Dickens; and he reveals Florence Nightingale to be a passionate statistician. Cohen has left us with an engaging and accessible history of numbers, an appreciation of the essential nature of statistics.

More by I. Bernard Cohen